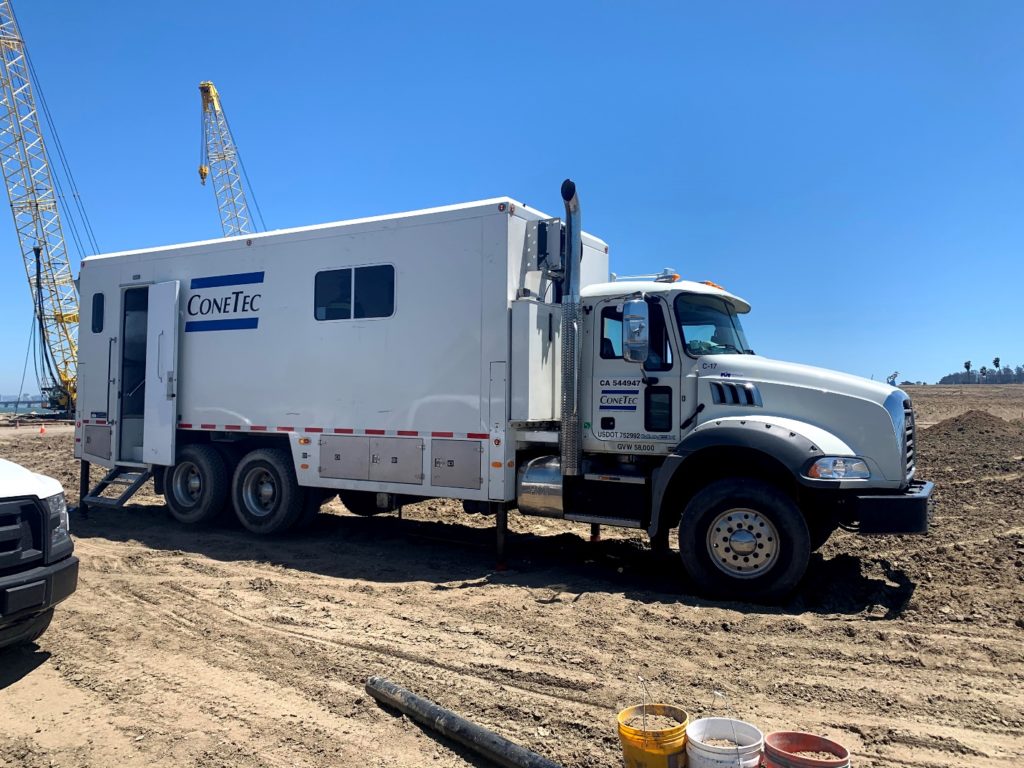 The team was able to install a length of armored fiber optic strain sensing cable to a depth of 80 feet below the ground surface. The entire installation was completed in less than two hours. A series of baseline measurements were taken after the initial installation and weekly readings are ongoing as surcharge load is being progressively added to the site as part of a preloading program to reduce later settlements associated with consolidation in the Young Bay Mud. The team believes that this new installation method provides a fast and cost-effective way to monitor subsurface ground displacements as opposed to conventional extensometer installations. Future trials are planned to further optimize the installation technique and make the install even faster and easier to deploy.